Our members are dedicated to 'Maintaining the Breed' & making it easier, cheaper & more enjoyable to own an MG. We also welcome like-minded enthusiasts who currently don't own an MG but are very likely to become "infected" over time. 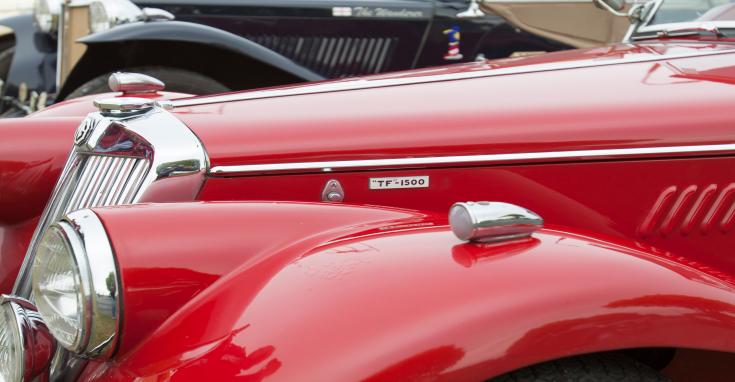 We are very sad to report that our club member Alan Blundell died unexpectedly on Wednesday 27th January. Alan had the lovely SS Jaguar Old No. 8 Replica which he built some years ago. He has raced at our November Classic a couple of times and in 2020 at our January Drivers' Training Day Bill Denize reports that he was lucky enough to go out with Alan in the SS for a few circuits around the Manfeild track. It was a beautifully built car and he had a number of Jags in his collection of cars. Several years ago the OSH Group enjoyed a very pleasant few hours over drinks and a BBQ at Alan and Marie's lovely home (since sold) they had on the hills above Waikanae where they had extensive workshop facilities for all his car projects. Alan was a very clever engineer. He will be much missed on club events.

Held at The Backbencher GastroPub. Find out more

See below for details of the next Noggin 'N' Natter

NOTE: We do occasionally do a site visit for the N&N so it pays to check the calendar below for the latest information

Monthly Club Night on the third Wednesday (except December)

Club nights comprise a dinner at a local restaurant. Venues alternate between Wellington City, Hutt Valley, Tawa and Kapiti. Normal start time is around 6.30pm. See below for details of the next dinner. NOTE There is usually no dinner in the month of the AGM. Dinners are normally scheduled for 6.30 for 7.00pm

The OSH runs are a mid week run held normally on the last Thursday of each month. The run usually ends up at a place of interest, a café or a restaurant after a pleasant short, or sometimes longer drive over some unusual routes. More information and the timetable for the year can be found HERE Short runs are indicated by an asterisk (*) and longer runs by a plus sign (+)

and now for something completely different.

This will be a point to point run for which you will need a mobile 'phone with the 'what3words' app. Full details for the run can be found HERE

Contact: Judith Higgins by Monday 17th May if you are coming

For Hawkes Bay Members wishing to participate in the arrangements, could you let Michael & Elaine Anderson know by 5.00pm Tuesday 17th May 2021 at the latest, which of the activities you would like to be involved with.

Confirmation: To Michael and Elaine on mobile 021 620 065 or michael.anderson@xtra.co.nz no later than Wednesday 18th May 2021 for catering purposes.

We are truly eclectic and cater for MGs of all types and vintages, from the very old to the very new, we care only that you care.

We have a strong membership both in terms of size & MG enthusiasm.

We have low cost membership fees, $70.00 single, $80.00 joint and $90.00 for family membership. The subs are maintained deliberately low and events are often subsidised to maximise participation.